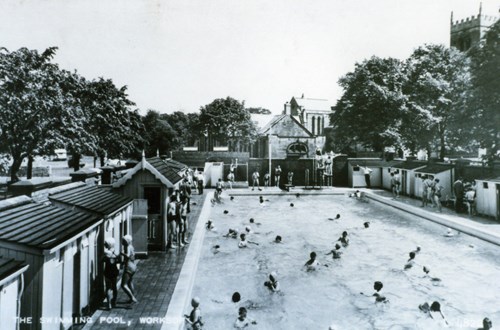 A Brief History of The Canch

The word ‘canch’ was first referred to in Harrison’s survey of 1636, who names two meadows in the area as “Great Canch” and “Little Canch”. The term ‘canch’ is often attributed to mining although for this site it may in fact be related to some form of quarrying (possibly of the red sandstone) or the construction of fish ponds in the medieval period.

This area of Worksop known as The Canch has a long history originally being associated with the former Augustinian Priory (founded c1100) to the east. A water mill and fish ponds are likely to have been constructed on the site in the early-12th century with an operational corn mill present on the site until 1876. When the mill was constructed (possibly 12th century) a mill leat was dug out diverting the water from the River Ryton. These water courses still exist although much altered.  The mill was destroyed by fire in February 1907 and was later demolished in the same year. Remains of the original mill structure brickwork and stone features are still evident on the site today.

Swimming baths were located on the site of the former Priory mill buildings (now Sensory Garden area). The swimming baths referred to locally as the ‘Canch Lido’ was officially opened on 9th June 1910. In 1995 the lido was filled in and replaced with a sensory garden. 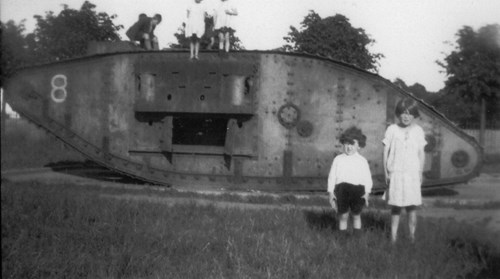 The Carnegie library was officially opened on the 24th March 1938 although the new Memorial Avenue Gardens (not officially open) were finished later that year as an extension to The Canch Park.

In 1916 the Worksop Urban District Council agreed for the Recreation Ground to be used for the growing of potatoes as a result of the food shortage caused by World War One. This use ceased after the war ended. Shortly after in 1919 a British tank was presented to the town and was put on display at the eastern end of the Recreation Ground. The tank was scrapped in 1935.

Further Information on The Canch

A Management Plan for The Canch has been produced by Bassetlaw District Council and covers the period January 2013 to January 2019.

The Management Plan will be used to:-

The Plan also identifies how The Canch and its management relates to broader policies and strategies at local, regional and national level.

It is also intended that the Management Plan will assist Bassetlaw District Council in retaining Green Flag status for Worksop’s premier park.