CIL is a tool which local authorities across the country can choose to charge on new developments within their area. Funds collected through the CIL can be used to support the delivery of infrastructure which the local authority, local communities and stakeholders consider necessary to support the future growth of an area.

This Council will be the Charging Authority as set out under the CIL legislation.

The Draft Charging Schedule outlines the general principles of CIL along with the assumptions and methodology used whilst preparing the appropriate evidence base to support reviewing CIL in this District. Once adopted and implemented by the Council, CIL will be a fundamental tool in facilitating the delivery of the strategic vision and policies outlined within the emerging Bassetlaw Local Plan. The Draft Bassetlaw Local Plan is being consulted on alongside this document.

CIL was first introduced into national legislation by the 2008 Planning Act which stated that the overall purpose of CIL is to ensure that costs incurred in providing infrastructure to support the development of an area can be funded (wholly or partly) by owners or developers of land.

The process by which local authorities can set and implement CIL is detailed in the CIL Regulations originally published in 2010, with subsequent amendments in 2011, 2012, 2013, 2014 and most recently September 2019.

CIL was introduced by the Council on the 1 September 2013. It is a nonnegotiable, clear and consistent charge that is placed on new development to contribute towards the provision of appropriate infrastructure. The Government is clear that most new developments have an impact on the need for infrastructure, services and facilities and therefore developers are required to help fund the infrastructure that is needed to make their development acceptable.

The Council also seeks financial contributions from developers through the use of developer contributions secured via Section 106 agreements (i.e. legal agreements between a developer, infrastructure partner and the local authority). These agreements are subject to negotiation and in some circumstances are reduced or waived on development viability grounds.

Two key pieces of evidence inform the Draft CIL Charging Schedule. The Infrastructure Delivery Plan, 2020 and the Whole Plan Viability Assessment (WPVA) 2019 provide the detailed evidence required to support CIL and demonstrate deliverability of the Local Plan. The WPVA provides the basis for the figures included within the Draft Charging Schedule. Both are available on the Council’s website.

The IDP and the WPVA enables the Council to strike the appropriate balance between:

The Council's Infrastructure Delivery Plan (IDP), 2020 considers the level of growth identified in the Local Plan and through engagement with key stakeholders' (such as utility companies, infrastructure partners  and Nottinghamshire County Council) outlines what infrastructure is required in the District, who is to provide it, how it will be funded and when it is required.

The IDP identifies that the total cost of infrastructure needed across the District will cost in excess of £53m. The figure is based on the growth levels identified by the Local Plan spatial strategy. The identification of this funding gap justifies the relation and review of CIL across the District.

To help determine the level of CIL, the Bassetlaw Whole Plan Viability Assessment 2019, looked at the viability and deliverability of the Local Plan and the potential to review the CIL charge within the District.

The assessment set out the methodology and assumptions used to determine whether it is economically viable in the context of Whole Plan viability and the impact of planning policies to secure CIL for different land uses.

The assessment concludes that the Council can be confident that the CIL rates proposed can be achieved and will not threaten the overall delivery of the Local Plan. The Council has set the rates in the Draft Charging Schedule based on evidence about infrastructure needs within the District and the ability of future development, as outlined in the Local Plan to fund that infrastructure in whole or in part.

The viability assessment shows that most of the development proposed by the Local Plan is viable and deliverable taking account of the cost impacts of the policies proposed by the plan and the requirements for viability assessment set out in the NPPF subject to differential Affordable Housing policy targets tested. The WPVA concludes that significant additional margin exists, beyond a reasonable return to the landowner and developer to accommodate CIL charges as set out in the Draft CIL Charging Schedule.

The rates proposed do not put any of the development envisaged in the Local Plan at risk and ensure that willing developers will still get a “competitive return” (a 20% profit) and that a reasonable landowner would be willing to sell their land and get a minimum return - as identified by national planning practice guidance – whilst incentivising new development across the District.

The viability assessment considers various land uses and development typologies and recommends the charges for the following types of development as outlined below:

The assessment concludes that there is no significant variation in the ability of residential schemes across the District to make CIL contributions depending on size and location of the potential development.

The WPVA shows that there is no scope to maintain differential rates for different parts of the District. Due to the variation in land values and house prices seen, only one charge - £25 per sqm - is proposed.

The evidence contained within the assessment states that this is the maximum CIL rate that can be secured alongside the level of developer contributions required by the Local Plan. Evidence suggests that a lower rate of £20 could be secured but this is not considered appropriate to make a meaningful contribution to reducing the infrastructure funding gap identified by the IDP over the plan period.

The Local Plan allocates several strategic sites of 50 or more dwellings. Each has significant infrastructure costs which are expected to be delivered through developer contributions. The viability assessment tested development scenarios for these sites and concluded that once site specific costs have been taken into account, the introduction of a CIL charge would make the development unviable.

Providing the infrastructure associated with these schemes through developer contributions complies with the CIL regulations in that the infrastructure is necessary to make the development acceptable in planning terms, is directly related to the development and reasonably related. Therefore the Council is proposing a zero charge (£0/sqm) for CIL as part of the housing site allocations of 50 units or more.

Residential calculations will be based on net floor space provided by the new development. The same principle will apply to developments which require the 6 demolition or loss of floor space as long as the residential property has been in continuous use for a period of at least six months within the previous three years as detailed within the CIL regulations.

For the purposes of the Draft CIL Charging Schedule, the Council will consider developments which fall under the C3 (Dwelling houses) and C4 (Houses in multiple occupation) use class as defined in the Use Classes Order as being subject to the relevant residential rates as detailed.

Retail uses are generally broken down into comparison and convenience goods to reflect the different sectors. Comparison retail sells items including clothing, footwear, household and recreational goods. Convenience retail is considered to be a shop selling everyday essential items, including (but not limited too) food, drinks, newspapers/magazines and confectionary.

The WPVA shows that only convenience A1 food supermarket retail can secure CIL as part of a viable development - £100 per sqm - as outlined in Table 1 below.

All other uses across the District will have a CIL charge of £0 per sqm. The WPVA shows that all other uses including offices, hotels, care homes and industrial developments are not able to contribute towards CIL at this time.

For the purposes of estimating CIL revenue, only development without an existing planning permission can be included. The draft Bassetlaw Local Plan proposes a minimum total of 9087 new dwellings across the District from 2018 to 2037. Approximately 3235 units are expected to be brought forward and/or will be allocated as housing up to 2037.

The WPVA makes the assumption that the average unit size within the District is 90sqm. Using this average unit size, it is expected that there would be 247,500sqm of new residential floor space that could be charged CIL over the plan period. At £25 per sqm it is estimated that there will be at least £6.1m generated by CIL as a result of residential development which is well within the estimated Infrastructure funding gap of £53m.

This is only an estimate of the likely funds that will be raised following the introduction of the new CIL Charging Schedule. Developer contributions will be used to deliver other infrastructure required to meet the needs of development, and the Council will continue to work with partners to secure other funding.

As a local planning authority within a two tier county such as Nottinghamshire, the Council may pass money raised to Nottinghamshire County Council to deliver infrastructure such as education and highways facilities that will benefit the development of the area. CIL funds may also be passed onto other outside bodies the deliver infrastructure such as the Environment Agency for flood defence works.

Local communities across the District which have a made Neighbourhood Plan will benefit from 25% of the levy derived from development within their area. Those communities without a Neighbourhood Plan will receive 15% of the levy derived from the development in their area, but this will be capped at £100 per existing council tax dwelling.

Details of how the Council will collect the CIL funds and then pass monies onto local communities will be detailed in a future document to be published once CIL is adopted and implemented.

There are a number of exemptions from CIL as detailed in the regulations. Exemptions currently include the following types of development (not exhaustive):

The Council as CIL Charging Authority will revise exemptions as and when directed by regulations. No locally specific exemptions are expected to be introduced. Further details relating to exemptions can be found in the CIL regulations as amended.

Bassetlaw District Council is a ‘Charging Authority’ for the purposes of Part 11 of the Planning Act 2008 and may therefore charge the Community Infrastructure Levy (CIL) in respect of development in its area.

This Charging Schedule was approved by the Council on DAY/MONTH/YEAR.

This charging schedule will come into effect on DAY/MONTH/YEAR.

The Council is designated as the ‘Collecting Authority’ for the CIL in Bassetlaw.

The CIL charging zone referred to in the above table are illustrated on the draft CIL Charging Zone Maps attached at Appendix 1 and 2 of this document.

A chargeable development is one for which planning permission is granted and/or which is liable to pay CIL in accordance with the CIL Regulations 2010 (as amended). CIL will be chargeable on the net additional floor space (gross internal area) of all new development apart from those exempt under Part 2 and Part 6 of the Community Infrastructure Levy Regulations 2010 (as amended). These exemptions are:

In addition, the Regulations also allow exemptions to be claimed for self-build housing and residential annexes and extensions over 100 square metres (Regulation 42A and 42B). Affordable housing will be eligible for relief from CIL (Regulation 49).

As detailed in the CIL Regulations, the proposed CIL rates will be subject to adjustment on a yearly basis in line with the All-in-Tender Price Index published by the Building Cost Information Service (BCIS).

Further information on the Community Infrastructure Levy is available on the Council’s website. 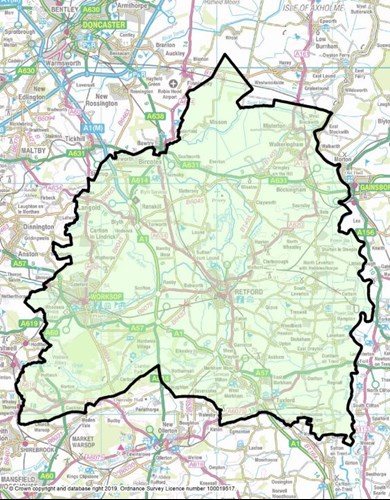 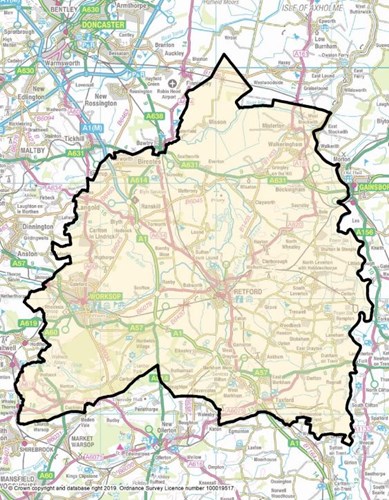