Mercians to march through Worksop 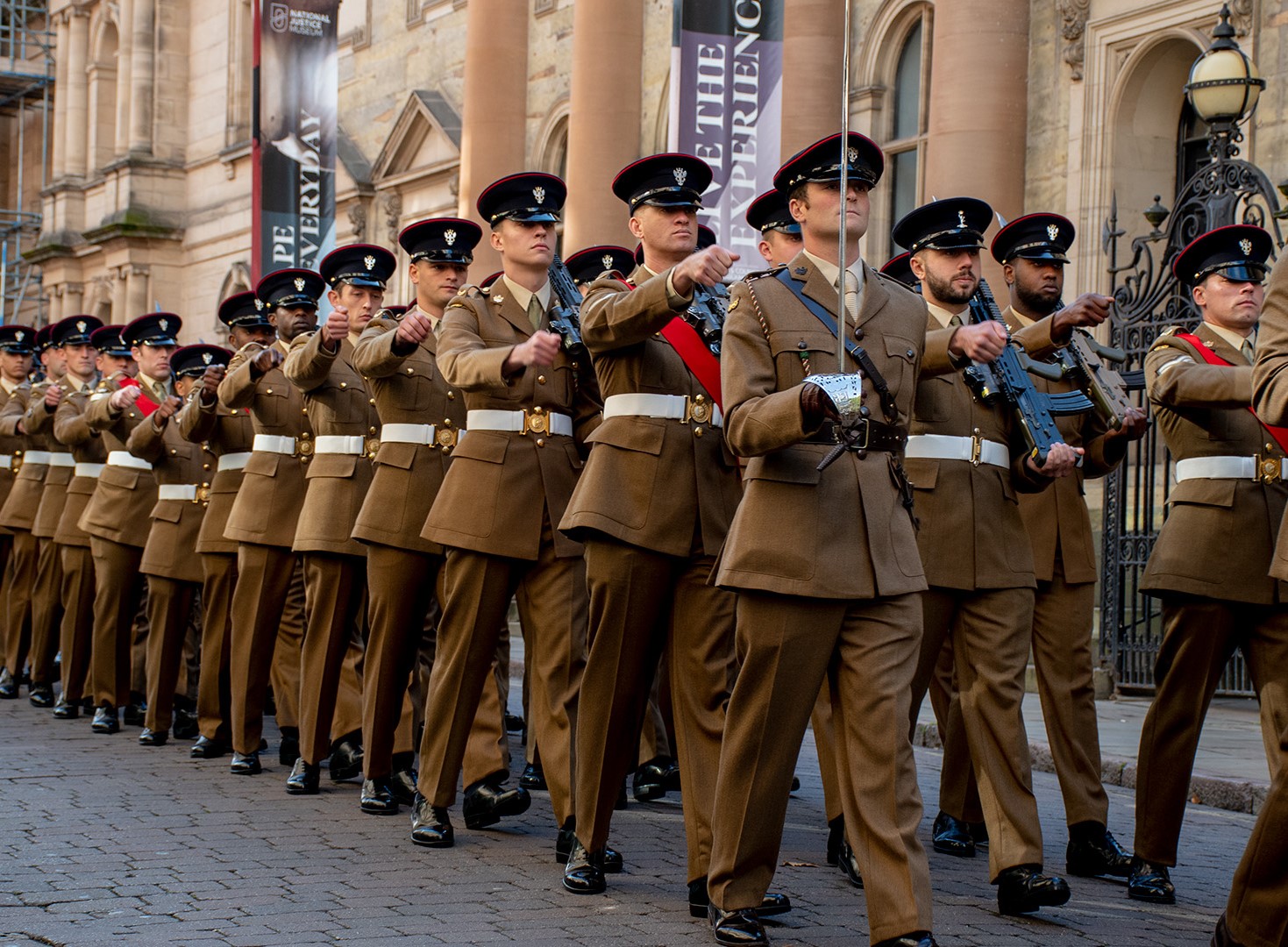 On Wednesday 26 October 2022 approximately 90 soldiers from The Mercian Regiment (formally known as the Worcester & Sherwood Foresters Regiment, The Cheshire Regiment and The Staffordshire Regiment) will be Exercising the Right to the Freedom of Worksop and Retford.

At 11:30am the soldiers, together with members of the Mansfield District Corps of Drums, will be taking part in a Parade through Worksop town centre. The Regiment will be dressed in Desert Combats and the Colours of the Battalion will be on parade. The Regimental mascot ram, Lance Corporal Derby will also be present.

The Parade will form on Old Market Square at 11:30am and will begin their march down Westgate, turning right onto Newcastle Avenue. It will continue through the town centre onto Memorial Avenue and past the Cenotaph. It will then go right onto Priorswell Road, right onto Potter Street and back to the Old Market Square, where the salute will be taken by the Chairman of Bassetlaw District Council, Councillor Madelaine Richardson and the Lord Lieutenant Sir John Peace on the balcony of Worksop Town Hall.

The Parade will finish back where it started in Old Market Square, where the troops will fall out. A reception will then take place in the Ceres Suite at Worksop Town Hall for members of the Mercian Regiment and invited guests only.

The last time The Mercian Regiment exercised their right to march through Worksop and Retford was the 10 March 2010 when they marched in Retford.

Members of the public are advised that a system of rolling road closures will operate in the town centre during the march, which will take approximately 45 minutes.

Chairman of Bassetlaw District Council Cllr Madelaine Richardson said: “It will be an honour as Chairman of Bassetlaw District Council to witness The Mercian Regiment marching through the town of Worksop. The Mercian’s will receive the Freedom of the town in recognition of their service to the country. This is a tribute of their dedication and commitment as soldiers, giving their lives to keeping us safe and secure in this country and overseas. This is also to recognise all Armed Forces like these troops serving all over the world in places of conflict putting their lives at risk.

I am privileged to be able to take the salute on the balcony of the Town Hall in Worksop and hope that the people of Worksop and the surrounding area will join in with me to cheer the Mercian Regiment and give them the recognition they deserve.”