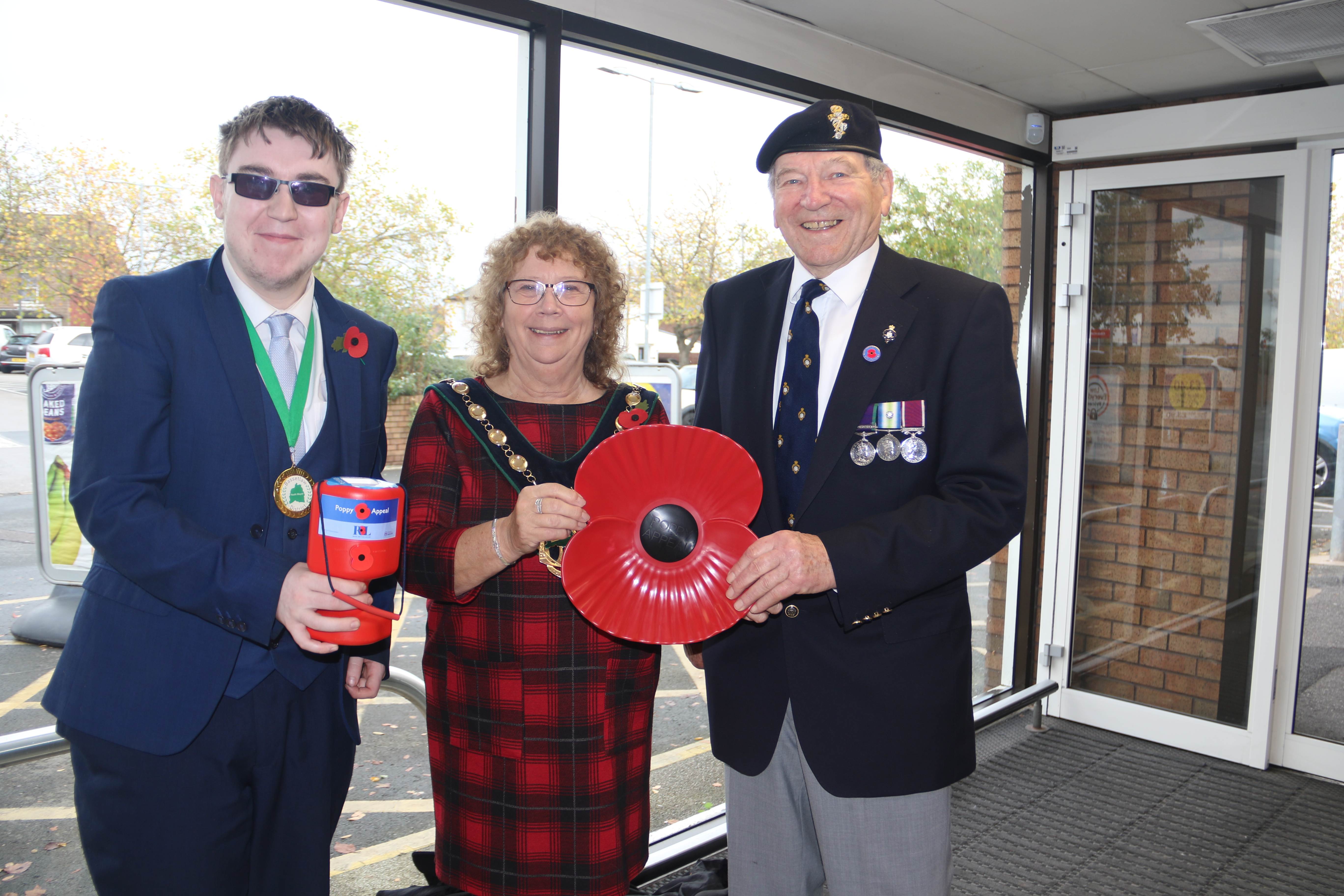 “The Worksop branch of the Royal British Legion very much appreciate the generosity of our local community and we have stalls in all our supermarkets. There are many poppy boxes in our schools shops and businesses as well.  We thank the Chairman of Bassetlaw District Council and our Youth Mayor for launching our 2022 appeal.”

“It was an honour and privilege to help launch this year’s Worksop Royal British Legion Poppy Appeal at Tesco. I am looking forward to supporting the Legion and volunteering as a Poppy Collector to help raise vital funds for an organisation very close to my heart.”