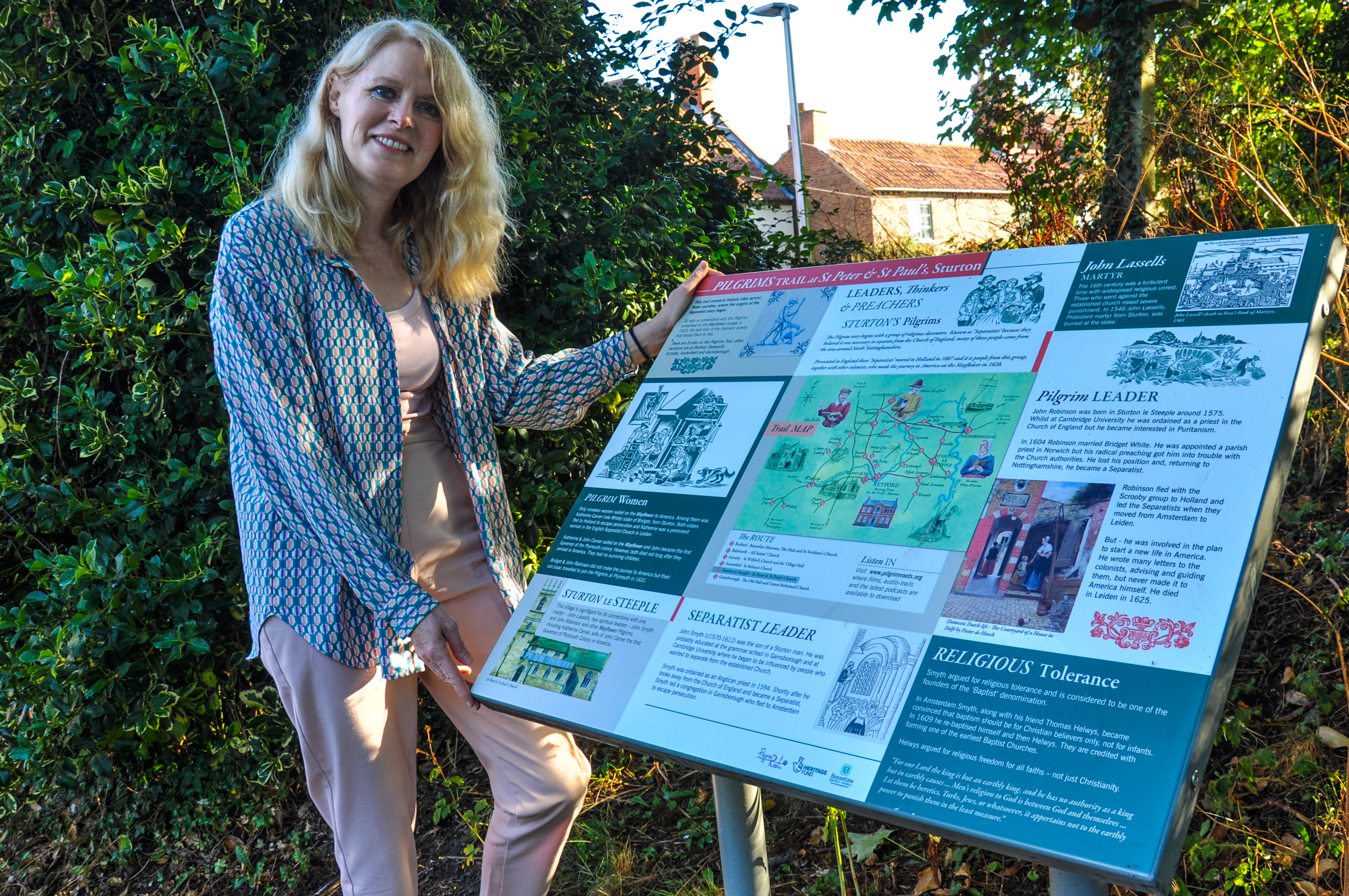 Historic sites across two different counties will be opening specially on Saturday 19th November to officially launch the Pilgrim Trail, which celebrates the extraordinary courage and determination of people who sailed on the Mayflower in 1620.

As part of the Pilgrim Roots project, funded by the National Lottery Heritage Fund and Arts Council England, Interpretation Boards telling the Pilgrims’ story are now in place across the region at Babworth, Scrooby, Retford and Sturton-le-Steeple in North Nottinghamshire, Austerfield in South Yorkshire and Gainsborough in Lincolnshire.

Events will be taking place at churches along the Pilgrim Trail, including talks by local experts, a chance to meet the Pilgrims Embroiderers, and the Babworth Arts Festival. The locations, events and times for this are:

All Saints Church, Babworth – 10am to 4pm

10am - 10am, Saturday 19th November, Official opening of the Arts Festival and Launch of the Pilgrim Trail by Cllr Madelaine Richardson, Chair of Bassetlaw District Council.

The Wampanoag Perspective - find out about the people the Pilgrims met in America.

Meet a Pilgrim Embroiderer (until 12:30pm)

Help yourself activities for children

Cllr Jo White, Deputy Leader at Bassetlaw District Council said: “Pilgrim Roots and the Wampanoag Perspective have been fantastic projects to delve into our hidden histories relating to migration, freedom and tolerance.

“As well as events and exhibitions, the Wampanoag nation from America visited and built a traditional house, called a Wetu, in Bassetlaw Museum Garden.  But it isn’t over!  The Pilgrims Trail will enable people to explore the story in their own time at their own pace and education resources are available from Bassetlaw Museum.

“There is also a permanent gallery at the museum and the Wampanoag Wetu will remain in the garden for the coming year.  Thank you to all who play the National Lottery.  You made this possible.”

Pilgrim Roots tells a story of defiance, danger and death before finding a haven in a New World. It details the lives of William and Mary Brewster from Scrooby, William Bradford from Austerfield and John Robinson from Sturton-le-Steeple. The project also focuses on the devastating impact the settlers had on the native American nations and in 2021, members of the Wampanoag Nation visited Retford to tell their story.

The Pilgrims Trail includes a group of local churches which were instrumental in the formation of the movement which lead to the journey of the Mayflower to America of the Pilgrims in 1620, as well as to the beginnings of the Baptist and Congregational branches of Christianity. William Bradford and William Brewster were important figures in the formation of the Plimoth Colony and the origins of their involvement can be traced to the services they attended at Babworth Church, which were led by Richard Clifton and supported by John Robinson.

Many of the sites are historic churches and not usually possible to visit.  Each church is opening at slightly different times.  Please check www.pilgrimroots.co.uk or www.bassetlawmuseum.org.uk for more details.