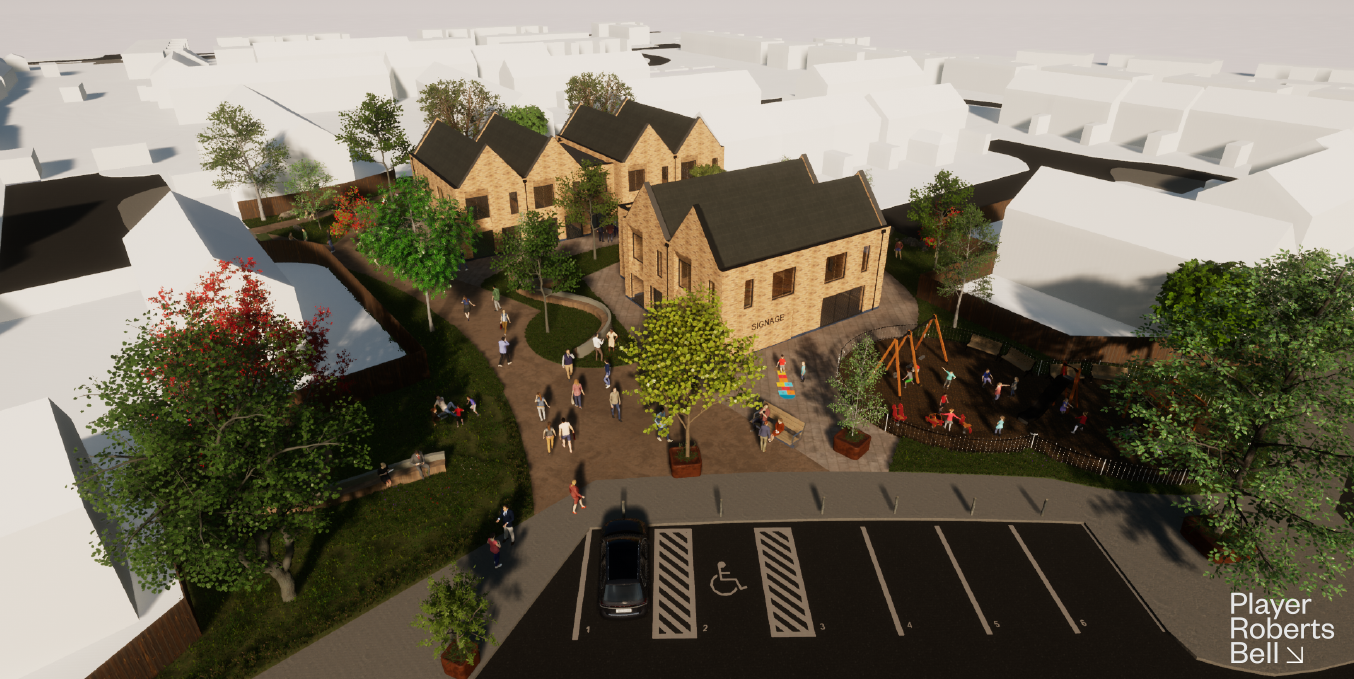 Bassetlaw District Council has put together an inspirational plan to transform the Wimpey Estate in Carlton-in-Lindrick and is now asking residents for their views.

An initial two-phase approach to build new council houses and create an informal play space with landscaping is being presented to residents as part of a six-week consultation on the Carlton Wimpey Masterplan.

The consultation, which was launched on Friday 13 May, will also gather the views of residents on topics including opportunities to improve movement around the estate, address anti-social behaviour issues and increase parking, among other ideas.

The Masterplan has been developed in response to concerns and issues raised by residents about the estate over a number of years and will act as a catalyst for improving the appearance of the estate and quality of life for residents living there.

Cllr Steve Scotthorne, Cabinet Member for Housing at Bassetlaw District Council, said: “We have listened to residents’ concerns over time and as a result of these discussions have developed the initial phases of the Masterplan.

“This is an ambitious project that will transform the estate, address many of the issues that have been raised and make this part of Carlton a more pleasant and appealing area to live in.

“To make this project a success, we need residents to tell us what they think of the plans, put forward their priorities and be a central part of the project from the outset.”

Funding of around £3m has been made available for the first two phases of the Masterplan and consultation will initially take place on Phases 1 and 2 of the project which, if successful, could lead to more ambitious proposals.

Proposals as part of Phases 1 and 2 of the Masterplan include:

Residents can share their views as part of a series of consultation events, in addition to completing the consultation either online or via door to door visits.

Information will also be made available for residents on the Council’s website, social media accounts, in addition to leaflets in community buildings.

Following the consultation, all responses will be considered and will inform the next stages of the Masterplan, which could include a planning application being developed.

In person consultation events will take place on the following dates: