Time to ‘Get on your bike’ 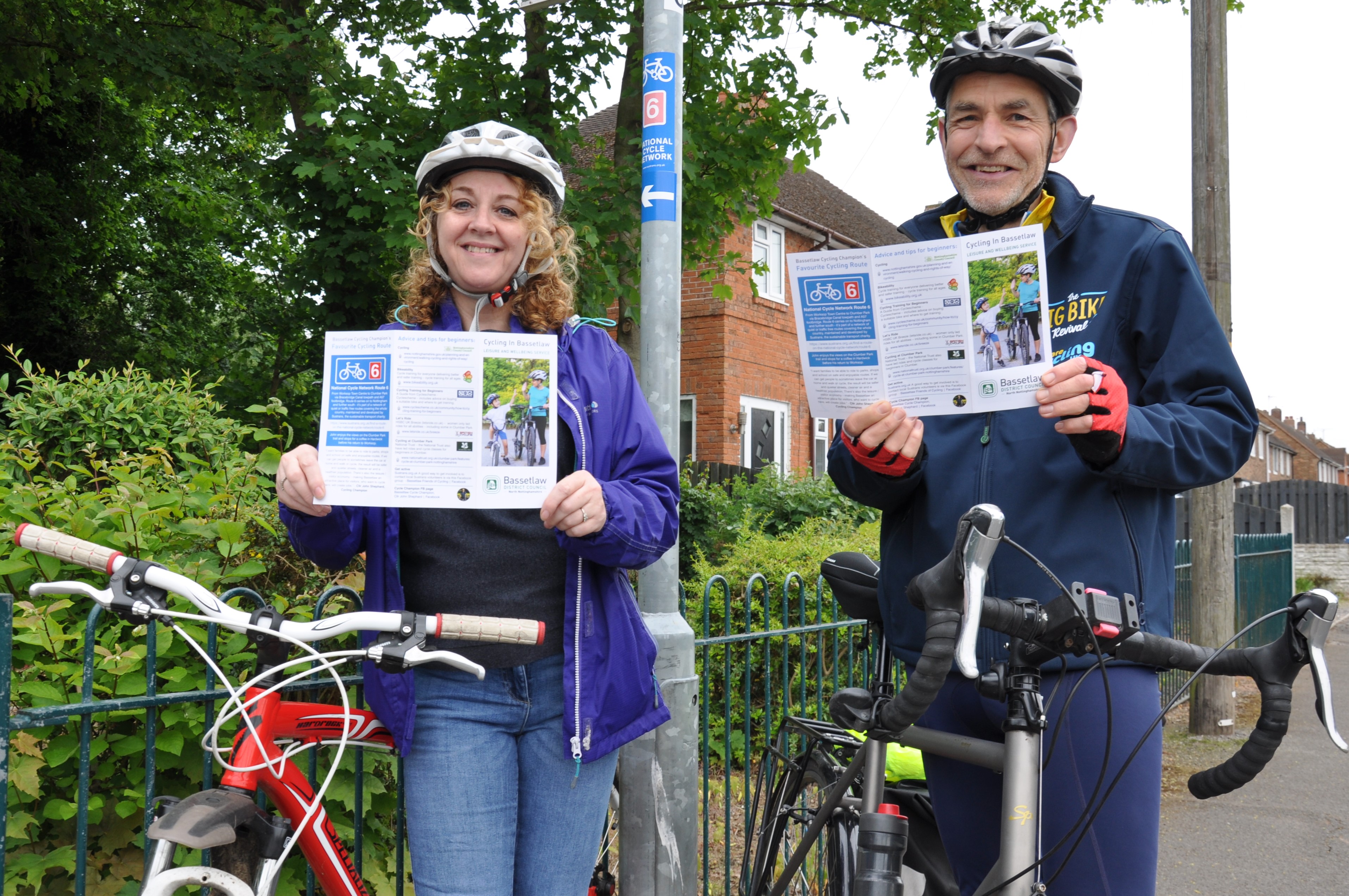 If you’re new to cycling, thinking about taking it up as a hobby or simply looking for a fun activity ahead of the summer holidays, Bassetlaw District Council has produced a handy guide to get you started.

The guide has been produced with the help of the Council’s Cycling Champion, Cllr John Shephard who provided some hints and tips on how to care for your bike, cycling safety advice, links into community groups and online information, as well as talking about his favourite cycling route in Bassetlaw.

Cllr Shephard said: “With the warmer weather now here, I expect more people will be getting out and about on their bikes. As a passionate cyclist, I want families to be able to ride to parks, shops, schools and to work on safe and enjoyable routes. So, over the last 12 months I have been working with other councils and partners, as well as our own Council officers, to promote the benefits of cycling and try to make existing routes a little safer.”

Cllr Shephard hopes the leaflet, which can be found in bike shops, leisure centres and as a page on the Council’s website, will help to encourage people out on their bikes over the next few months, and even follow his favourite route.

He added: “My favourite route is to follow National Cycle Network (NCN) Route 6 from Worksop town centre, along the canal towpath to Bracebridge then, following the blue NCN 6 signs, through Manton and over the A57 footbridge to Windmill Lane.

“From there, Route 6 goes into Clumber, along a stunningly beautiful path at any time of year, and over the magnificently restored bridge over the lake. From there I might do a circuit round the lake, have a coffee at the van at Hardwick and return back to Worksop, or even continue on to Sherwood Forest or Sherwood Pines - with its exciting off road trails.”

Route 6 is part of the National Cycle Network which is a collection of quiet or traffic free routes covering the whole country. It is maintained and developed by Sustrans.

Cllr Julie Leigh, Cabinet Member for Neighbourhoods at Bassetlaw District Council, added: “Cycling can be fun for all the family and there are lots of health benefits associated with getting out on your bike, both physical and mental, even if it’s just for half and hour.

“We are lucky to have lots of safe and accessible cycle routes in Bassetlaw and our leaflet provides online links to some of the best routes, as well as places where you can get more information on buying and maintaining a bike, road safety and general hints and tips.”

In addition to getting out on your bike yourself, fans of cycling can see the Tour of Britain pass through Bassetlaw on Thursday 8 September.