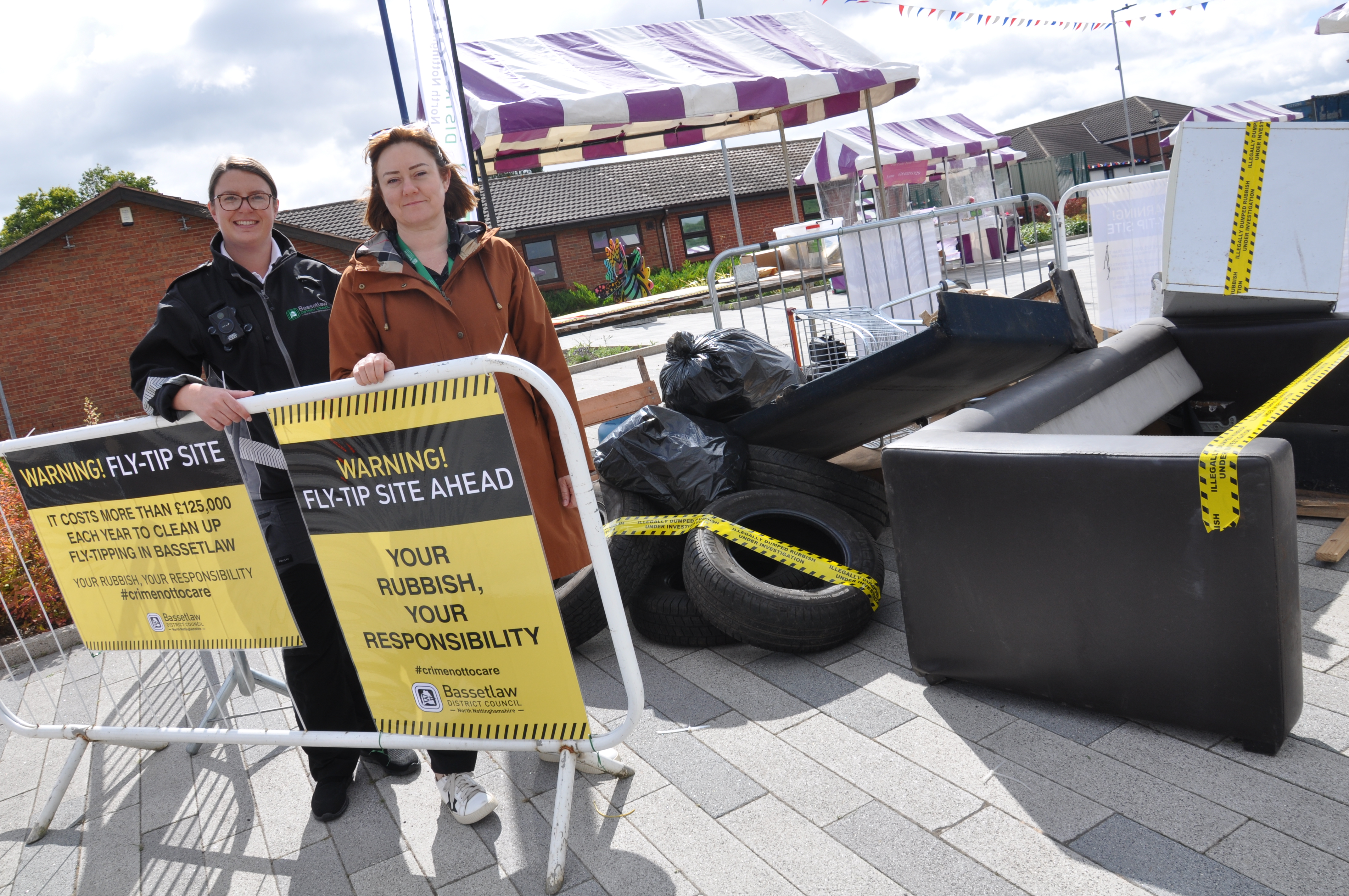 Bassetlaw District Council will be highlighting how much fly-tipping is illegally dumped on its streets, in its laybys and on country lanes with a hard-hitting display on Bassetlaw’s high streets this week.

A collection of fly-tipping that represents how much waste is dumped in Bassetlaw on average each day will appear in Harworth, Worksop and Retford over the course of three days to show the public how serious a problem fly-tipping is and what they can do to help tackle it.

Last year, between April 2021 and March 2022, it cost the Bassetlaw Tax-Payer £125,729 to clean up fly-tipping after 2,214 individual incidents were reported and cleared.

“Unfortunately, fly-tipping is on the increase nationally, especially in rural districts such as Bassetlaw, and the cost is being picked up by us the tax payer,” said Cllr Julie Leigh, Cabinet Member for Neighbourhoods at Bassetlaw District Council.

“Fly-tipping is a criminal offence and there is no excuse or justification for it. A large proportion of fly-tipping takes place because those responsible don’t want to pay for the waste to be disposed of correctly or simply can’t be bothered and expect the Council to clean it up.

“Through this campaign we are trying to spread the message that it’s ‘Your rubbish and your responsibility’. Whether you dispose of it yourself at one of the Household Waste Recycling Centres or pay someone to take it away for you, it is your responsibility to ensure that it is disposed of correctly.”

Residents can help to reduce fly-tipping by: