Fly-tipped waste leads to a fine 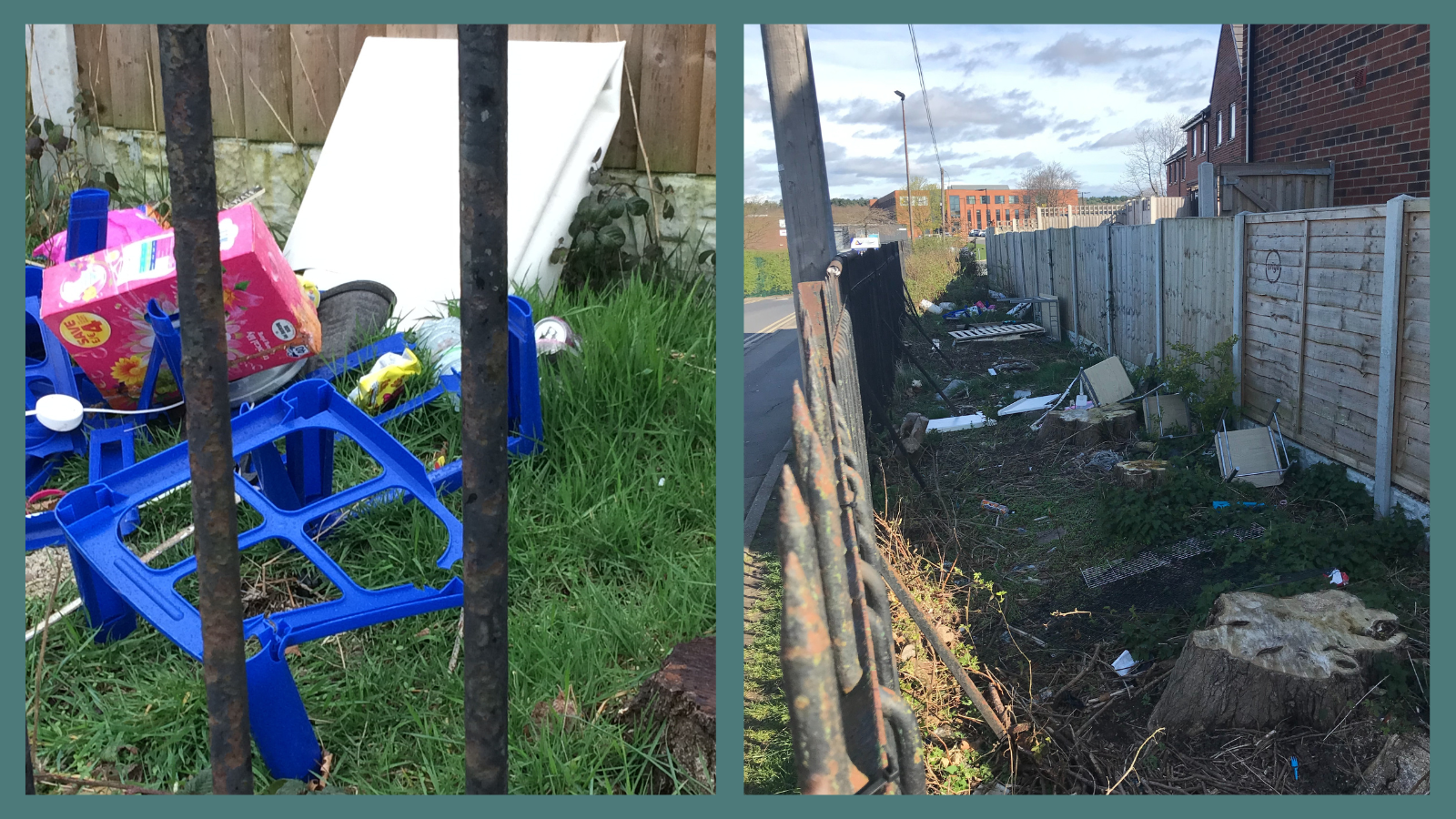 A man responsible for fly-tipping waste close to his former home has been fined and ordered to pay legal costs after being prosecuted by Bassetlaw District Council.

James William Clive Smith, a former resident of 23 Serlby Park Drive in Harworth and Bircotes, was fined £180 and ordered to pay costs of £640 and a Victim Surcharge of £34 after pleading guilty to fly-tipping.

Mr Smith, who now lives on Water Lane in Retford, admitted to dumping items including a child’s blue plastic table and chairs, a children’s cot mattress and slatted frame, several metal framed chairs with matching table, and several sheets of wire mesh on land off White House Road, Bircotes without an environmental permit, on or about the 15 March 2021.

The Council had been provided with information that showed the waste had previously been seen on the driveway of 23 Serlby Park Drive for an extended period of time.

Following further investigation by Environmental Health Officers, Mr Smith was invited to an interview under caution, during which he admitted to dumping the waste. Mr Smith was then summonsed to appear at Mansfield Magistrates’ Court on a number of occasions in August and September 2021, but failed to attend.

A warrant was issued for his arrest, which was executed on 6 July 2022, and Mr Smith appeared in Nottingham Magistrates’ Court from the cells to be sentenced. The fine, costs and victim surcharge are to be paid in full within 28 days or a payment plan arranged.

“Fly-tipping is illegal and there are no excuses or justification for it. Our action here shows that if we are provided with evidence of fly-tipping taking place, we will have no hesitation in investigating and you could be issued with a Fixed Penalty Notice or prosecuted.

“There were many ways in which Mr Smith could have disposed of his waste responsibly and legally – all of which would have cost less than a fine and legal costs.

“If you have waste that you need to get rid of, please either take this to the Household Waste Recycling Centres, pay a reputable company to dispose of it for you or contact the Council about our Bulky Waste Service. It’s your waste and your responsibility.”