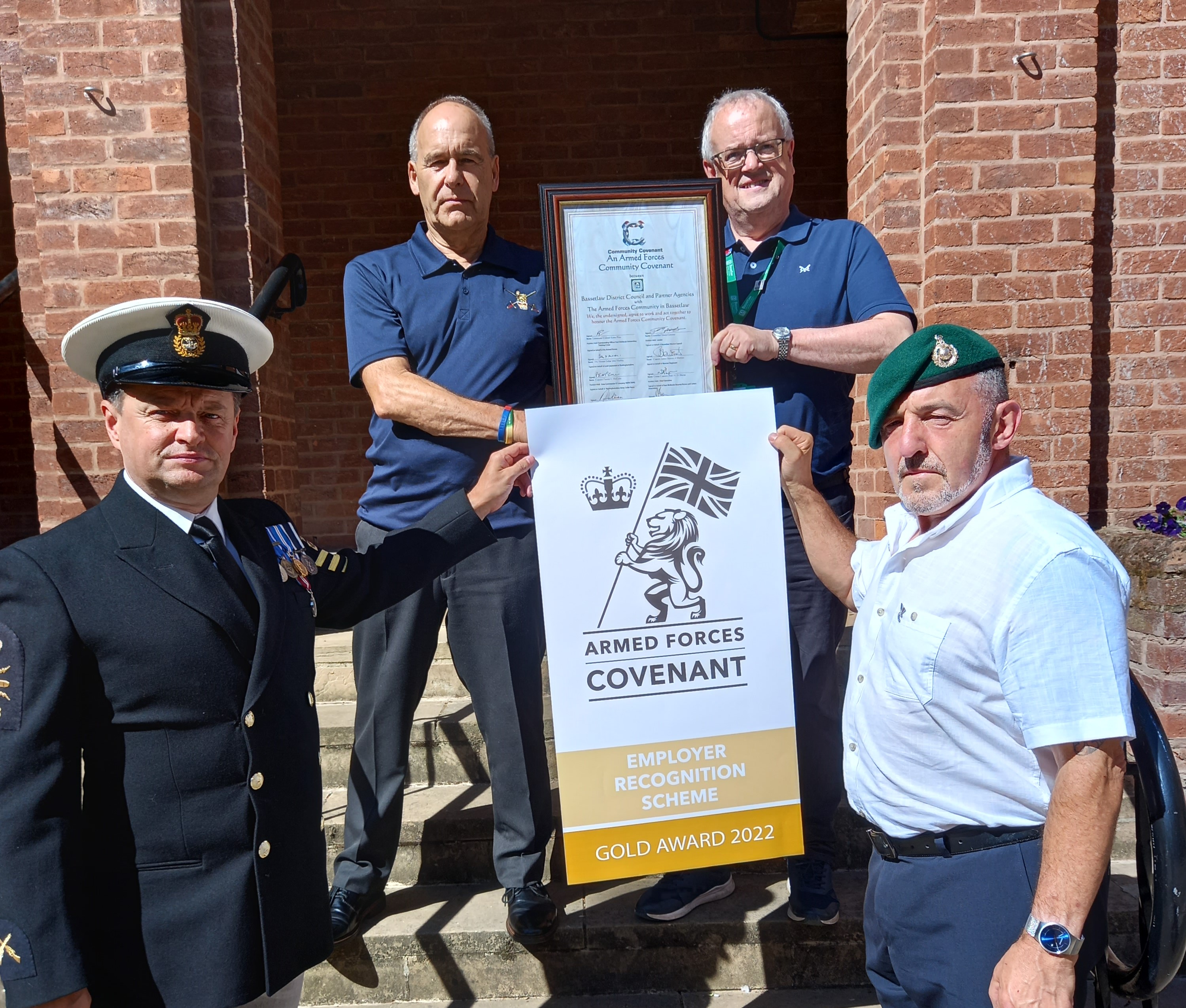 Bassetlaw District Council have received the Employer Recognition Scheme Gold Award for their outstanding support towards the Armed Forces community. The Council is just one of only 18 organisations across the East Midlands to receive the Gold Award.

Representing the highest badge of honour, Employer Recognition Scheme Gold Awards are awarded to those that employ and support those who serve, veterans and their families.

To win an award, organisations must provide 10 extra paid days leave for Reservists and have supportive HR policies in place for veterans, Reserves, and Cadet Force Adult Volunteers, as well as spouses and partners of those serving in the Armed Forces.

Bruce Spencer, the Ministry of Defence’s Regional Employer Engagement Director for the East Midlands, said: “We are absolutely thrilled that so many local companies have been recognised with this Gold Award. It has been a difficult couple of years for businesses, and despite that, these organisations have gone above and beyond to ensure our Armed Forces community is supported. They should be very proud of this significant achievement.”

Cllr Tony Eaton, Armed Forces Champion at Bassetlaw District Council said: “We are delighted to receive the Gold Award and this has been a real team effort across the Council. I am proud of our commitment to our Armed Forces community and we will continue to work hard with partners to improve the support and services on offer.”

David Armiger, Chief Executive of Bassetlaw District Council “Bassetlaw District Council prides itself on its support for our Armed Forces. We recognise the value the skills former serving members, members of the Reserves and spouses offer and we promote positive engagement with service personnel both inside and outside the Council. The Council ensures that the appreciation of our communities for the dedication and commitment of our armed forces personnel and their families is rightly acknowledged.”

“We are delighted to receive the Gold Award and will continue to progress and develop our work to support our armed forces' community.”