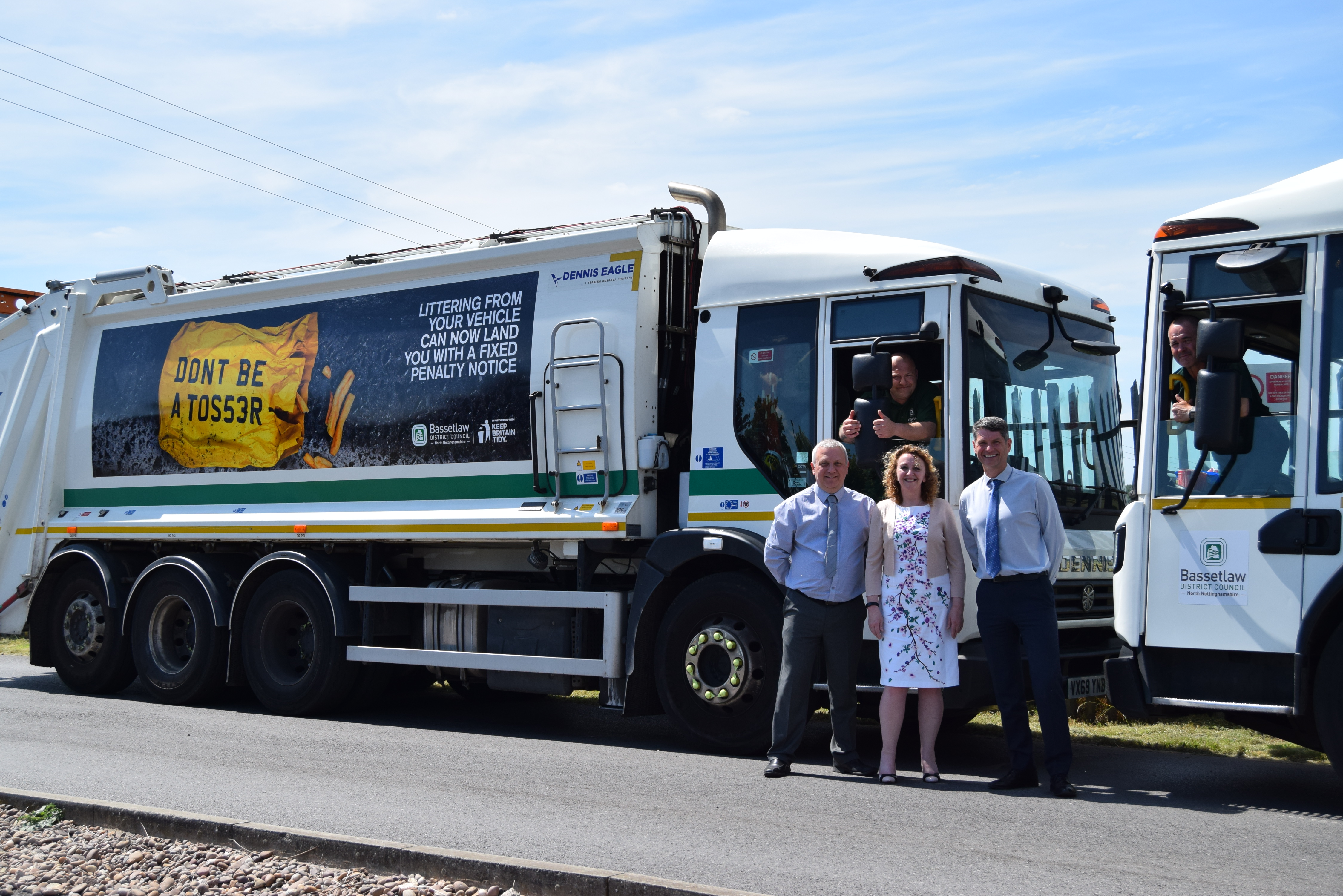 Bassetlaw District Council is challenging drivers and passengers who throw litter from their cars to stop treating our roads as one giant littler bin with a hard hitting message of ‘Don’t be a Tosser’.

The bold campaign, which has been used successfully by other local authorities across the country, aims to educate people who carelessly ‘toss’ litter from their cars of the impact their actions have on the environment, and that they could be fined up to £100.

The hard hitting and highly visible images can be seen on the side of the Council’s refuse vehicles as they carry out their rounds throughout the district.

Cllr Julie Leigh, Cabinet Member for Neighbourhoods at Bassetlaw District Council, said: “Our Street Cleaning teams work tirelessly to keep our roadsides clear of litter, but unfortunately, some people still think it’s OK to throw food packaging, cans, plastic bottles and other litter from their vehicles, rather than put it in a bin or take it home with them.

“Littering is illegal and costs thousands of pounds each year to clear. On top of this, it is harmful to our wildlife and makes our roadsides and pavements unsightly for all those living in or driving through the district.

“We want to ensure that the message gets out there and that it is unacceptable for people to toss litter from their vehicles. The campaign is not intended to cause offence; but we hope it will grab people’s attention and get people talking.”

The ‘Don’t be a Tosser’ campaign has been devised by Keep Britain Tidy and has been used as a deterrent by Councils in a bid to cut the 30 million tonnes of litter that is dropped on the UK’s streets every year.

Keep Britain Tidy Chief Executive, Allison Ogden-Newton, said: “The mindless act of tossing plastic bottles and fast-food wrappers out of car windows is doing damage to our environment and our wildlife.

“Research published recently in Keep Britain Tidy’s Journal of Local Environmental Quality showed that millions of small mammals – voles and shrews – were dying after being enticed into bottles and cans thrown on to grass verges.

“We need to get the message out there that being a tosser is socially unacceptable and, regardless of who throws the rubbish, if it comes out of your vehicle you are responsible."

New rules came into force in April this year to allow local authorities to fine the registered keeper of a vehicle if litter is seen being thrown from the vehicle. This means they no longer have to prove who threw the rubbish.

If you spot someone throwing litter from a vehicle, you can now report this to us via our online form, or contact us on 01909 533533 and ask for environmental health.

Alongside the 'Don't be a Tos53r' campaign we have also signed up to LitterLotto. LitterLotto gives users the chance to win hundreds of prizes every month, simply by binning litter. All litter counts from a cigarette butt, to a takeaway meal box.

Bin it to Win it with LitterLotto!

How does it work?

Go to LitterLotto and download the app from either the App Store or Google Play. Once downloaded, take a picture with the app as you bin your litter. Every time you bin litter and send it to the app, is another entry into the LitterLotto. Invite your friends and family to join and earn bonus entries into the jackpot draw.