Two of Bassetlaw’s parks will continue to proudly fly Green Flags after being officially recognised as two of the best open spaces in the country.

Today, Bassetlaw District Council is celebrating after receiving coveted Green Flag Awards for Retford’s Kings’ Park and Worksop’s Memorial Gardens and The Canch, as two of a staggering 2,208 UK winners – another record breaking year for recipients.

The award is the international quality mark for parks and green spaces and Kings’ Park celebrates reaching this high standard for the 15th time, while the Memorial Gardens and The Canch has won the award for the ninth year running.

After two years that have seen our parks and green spaces play a vital role for people through lockdowns as a place to relax, exercise and meet friends and family safely, the news that these parks have achieved the Green Flag Award is testament to the hard work and dedication of the people that make the green space a great space that everyone can enjoy.

Cllr Julie Leigh, Cabinet Member for Neighbourhoods at Bassetlaw District Council, said: “We know how much our parks and open spaces became a lifeline for people during the Covid-19 pandemic and the lockdowns we lived through, and how beneficial they can be for people’s physical and mental health in general. So it is extremely rewarding to again achieve Green Flag Awards for two of our most popular parks.

“Over the course of a number of years, we have invested in our parks to ensure they have high quality attractions, such as splash parks, skate parks, play equipment and well maintained gardens that ensure visitors continue to use and be proud of these wonderful open spaces.

“These awards celebrate the dedication that goes into maintaining both parks to such a high standard, and the full credit should go to the hard work of our Parks and Open Spaces team, along with our Grounds Maintenance staff and our civic partners.”

Commenting on the news that Bassetlaw District Council has met the Green Flag Award standard for two of its parks, Keep Britain Tidy’s Accreditation Manager Paul Todd said: “I would like to congratulate everyone involved in making Kings’ Park in Retford and The Canch and Memorial Gardens in Worksop worthy of a Green Flag Award.

“Both of these parks are a vital green spaces for the community in Bassetlaw. This award is testament to all the hard work of staff and volunteers, who do so much to ensure that they maintain the high standards demanded by the Green Flag Award.”

The Green Flag Award scheme, managed by environmental charity Keep Britain Tidy under licence from the Department for Levelling Up, Housing and Communities, recognises and rewards well-managed parks and green spaces, setting the benchmark standard for the management of green spaces across the United Kingdom and around the world.

A full list of Green Flag Award-winning parks and green spaces is available on the Keep Britain Tidy website. 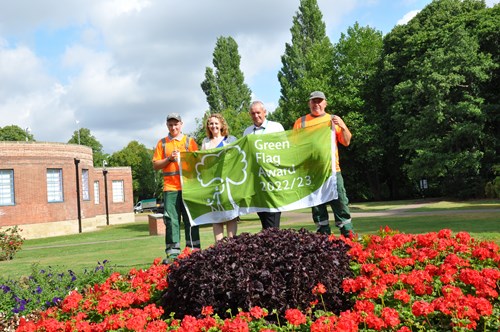 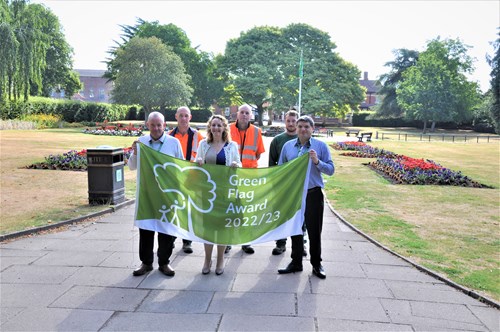