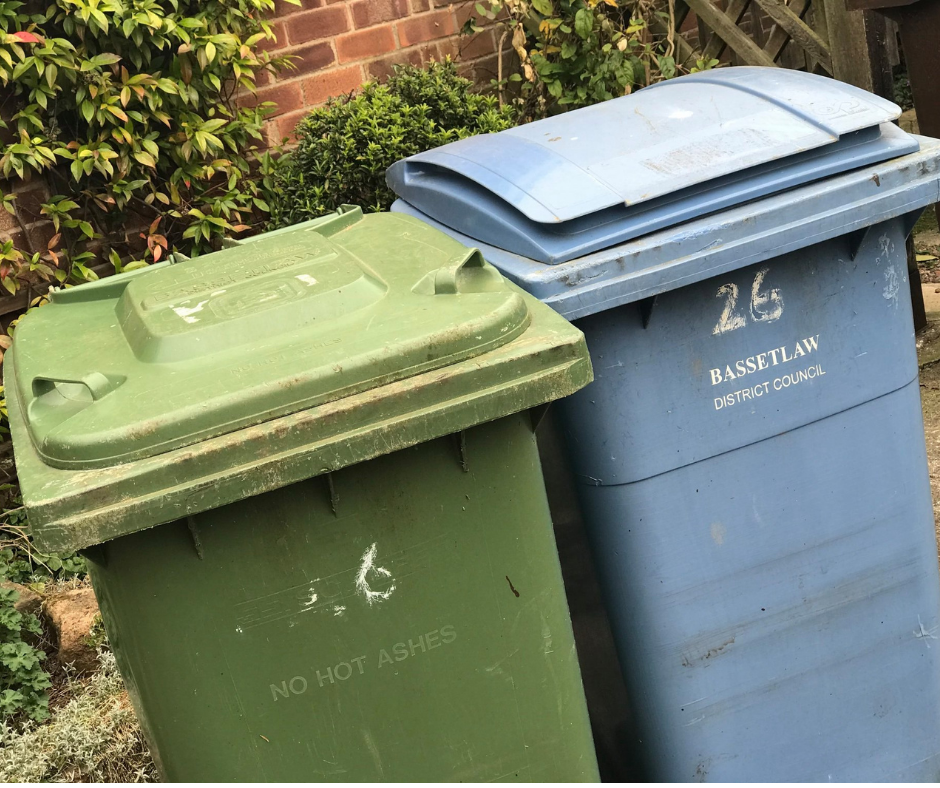 Bassetlaw residents are being asked to reduce, recycle and reuse more of their household waste as part of a move to ensure that kerbside bins are not overloaded.

From the beginning of February, Bassetlaw District Council will take a more pro-active approach to operating its Flat Lid and No Side Waste Policy when collecting household waste from the kerbside.

This means that if any household or recycling bins have raised lids or are overloaded, they will not be collected and will have a red warning sticker placed on them. The bin can be put out for collection again as part of their regular cycle and will be emptied should the lid be in a closed position. Additional waste placed beside a bin will also not be collected.

Bassetlaw, along with all Local Authorities in Nottinghamshire and the majority of all Councils in England operate a Flat Lid, No Side Waste Policy. This is for reasons including: encouraging residents to reduce the amount of waste they generate, increase recycling – not just through kerbside collections – and to protect their staff.

Cllr Julie Leigh, Cabinet Member for Neighbourhoods at Bassetlaw District Council, said: “Along with the vast majority of Councils in Nottinghamshire and England, we have operated a flat lid policy for several years but believe the time is right to be more pro-active and encourage residents to think more about how much waste they generate and how they can dispose of this waste.

"The red and yellow stickers issued are part of a wider ‘Bin Basics’ campaign we have launched to make residents more aware of how they can help to play their part in reducing the amount of residual waste that is collected in our district.

“There are lots of ways that you can avoid overloading your bins; for example, by ensuring that you place the correct items in your recycling bin, taking all of your glass to a number of recycling sites across the district, and by taking larger items to the household waste recycling centres.

“We do not believe that this will contribute to additional fly-tipping and there are already many ways that residents can dispose of their waste legally. There is no excuse or justification for fly-tipping and we will not hesitate to take action against people who deliberately and illegally dump their waste.

“We understand that this is an emotive subject for residents and believe that the majority of households will already be doing what they can to reduce, reuse and recycle.”

Throughout January, the Council has been placing Yellow Warning stickers on overloaded bins to advise residents that bins with raised lids will not be collected from the 1st February.

Overloaded bins with lids that cannot be closed can lead to waste being blown out of the bin and littering streets, it can lead to refuse staff being injured by manoeuvring overloaded bins, or by being hit by lids blowing into staff on blustery days, and compromising the safety of the loading equipment if the bin weighs more than the recommended weight.

Residents can avoid overloading their bins by trying to reduce the amount of waste they generate, recycle as much as they can through curb side collections, the household waste recycling centres and other recycling sides that take glass, textiles, Tetra Paks and cartons.

You can find more information on how to reduce, reuse and recycle by visiting the bins, recycling and waste.

Residents who have larger households of six or more people, or households who have two or more children in nappies and who are under two-years old can apply for a second household waste bin, subject to a one-off charge of £39.