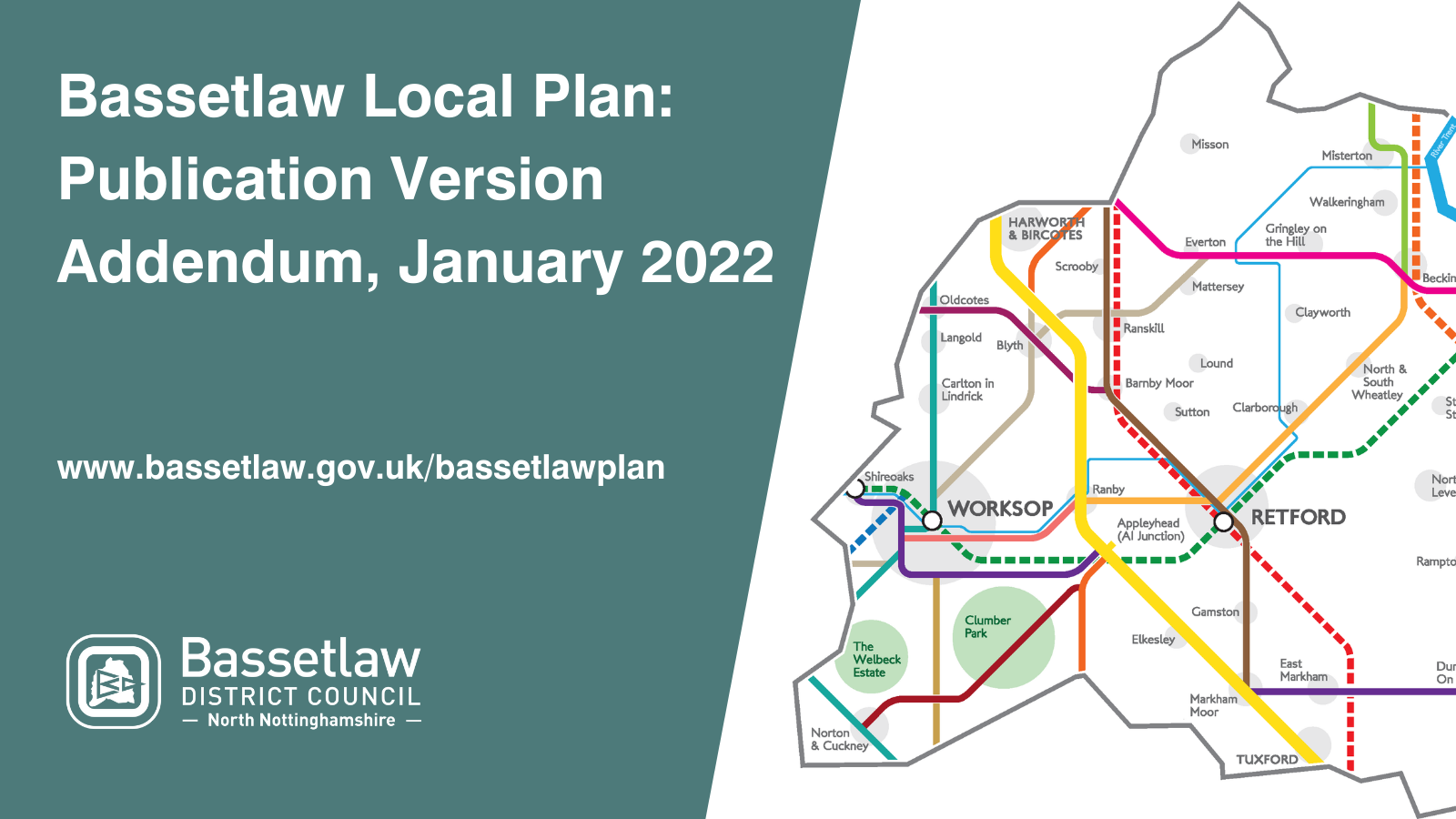 Bassetlaw District Council is inviting comments from the public, businesses and other stakeholders on an Addendum to the Bassetlaw Local Plan.

The Council consulted on its Publication Version of the Local Plan in September and October of 2021 and in response to new evidence and representations made as part of this process, and to accommodate an updated timetable, an additional focussed consultation must now take place on the proposed new elements of the Plan (the Addendum).

A six-week consultation period beginning on Thursday 6th January will ask for comments on whether the Addendum meets the soundness and legal tests set out in Planning Legislation.

Just some of the proposed changes include; new evidence relating to the costs and development of infrastructure, a policy that manages the impact of housing growth on the local environment, a change of use for two key sites at High Marnham and Bevercotes, and a change to the number of houses developed during the life of the plan, which will now move forward a year to 2038.

At the end of this latest technical consultation period, the Council will submit the Bassetlaw Local Plan Publication Version with the Addendum and any comments received to the Secretary of State for Levelling Up, Housing and Communities for independent examination in the summer.

“While we anticipated that we would submit the Publication Version of the Local Plan for independent examination, by proposing these changes now through an Addendum and continuing to work collaboratively with the public and partners up until submission, we are addressing the concerns highlighted during the previous consultation period and responding to new evidence.

“It is essential to have an up to date Local Plan and without this the Council’s ability to guide and shape investment, manage sustainable development and infrastructure in a responsible way and resist speculative development will be significantly diminished. I encourage people to look closely the Addendum and submit their comments based on the soundness, technical and legal aspects of the plan.”

Just some of the contents of the Addendum include:

The Bassetlaw Local Plan Publication Version Addendum can be viewed on the Council’s website at www.bassetlaw.gov.uk/bassetlawplan  where comments can also be submitted.

Representation are invited to be made between 12noon on Thursday 6th January and 5pm on Thursday 17th February 2022.