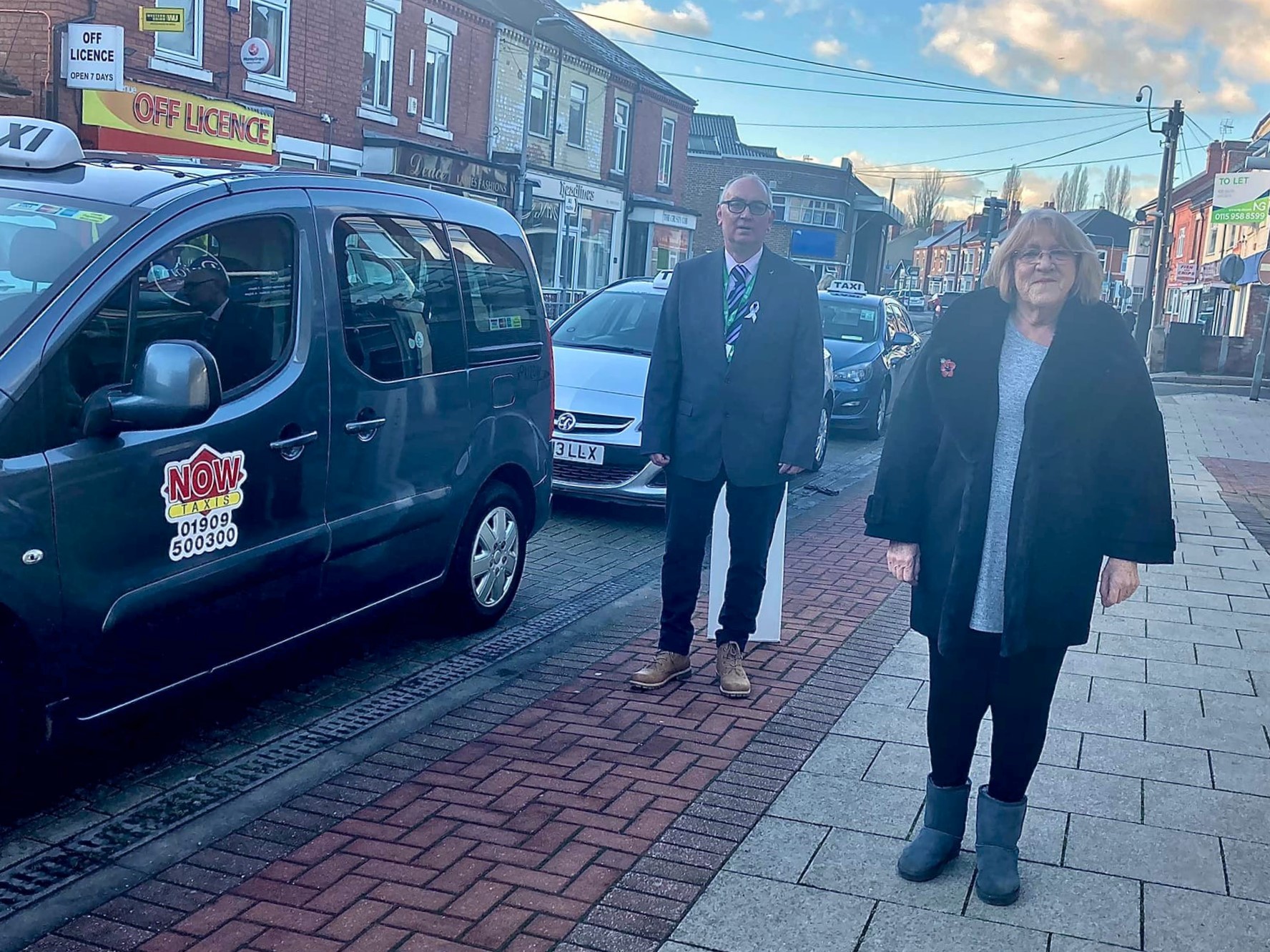 A new awareness campaign has launched across Worksop to help women recognise whether a taxi is licensed or illegal to reduce their risk of harm.

The campaign, part of the Safer Streets 3 initiative, sees posters and beermats displayed in pubs and nightclubs across the town advising women to check their cabbie is displaying the appropriate licensing identification before accepting a lift.

Safety messages from the campaign are also being shared on social media in an effort to reduce the risk of violence against women and girls across the town.

The project, being managed by Bassetlaw District Council, has been funded as part of a multiagency project to make the streets safer for women and girls.

The grant is part of a £23.5million funding pot nationally to help the Government reduce violence against women and girls and increase their safety.

The posters ask: "Who's driving you home tonight?" and informs the public that every Bassetlaw licensed vehicle carries a plate on the rear and inside of the vehicle which should be clearly visible to passengers.

Alongside photographs of what the licenses and plates should look like, it also warns passengers that drivers should be wearing an identification badge bearing their photo at all times. If they do not, then it is not a licensed vehicle.

Nottinghamshire Police and Crime Commissioner Caroline Henry said: "This campaign is aptly timed as we approach the festive season when our night-time venues become typically busier. It gives all passengers, particularly lone-travelling women and girls, practical advice to be able to distinguish between rogue and legitimate taxis - advice that could significantly reduce their risk of sexual violence.

"The perils of using an unlicensed taxi have been highlighted elsewhere in the country and the aim here is to make it significantly harder for anyone intent on causing harm.

"We take the safety of women and girls very seriously which is why we are ensuring this safety advice is communicated in the strongest and most effective way possible. I urge all passengers to heed this advice and in the event they cannot pre-book their taxi, ensure their driver has the necessary identification."

"You wouldn't risk your safety by using a doctor who didn't have any qualifications, or a gas fitter who wasn't registered. So please don't put yourself at risk by taking an unlicensed taxi.

"In Bassetlaw, you can be reassured that your licensed taxi driver has gone through a rigorous licensing process, including criminal record, medical and vehicle checks as well as safeguarding training."

Licensed taxi drivers must undergo rigorous background and criminal record checks before being licensed to operate. They must also undergo a practical driving exam, regular medical tests and have regular mechanical inspections on their vehicles.

"NWAL supports this campaign which ensures women's safety continues to be a visible issue. We appreciate Bassetlaw District Council continuously providing practical safer measures for women in our communities."