Tour of Britain is Back in Bassetlaw 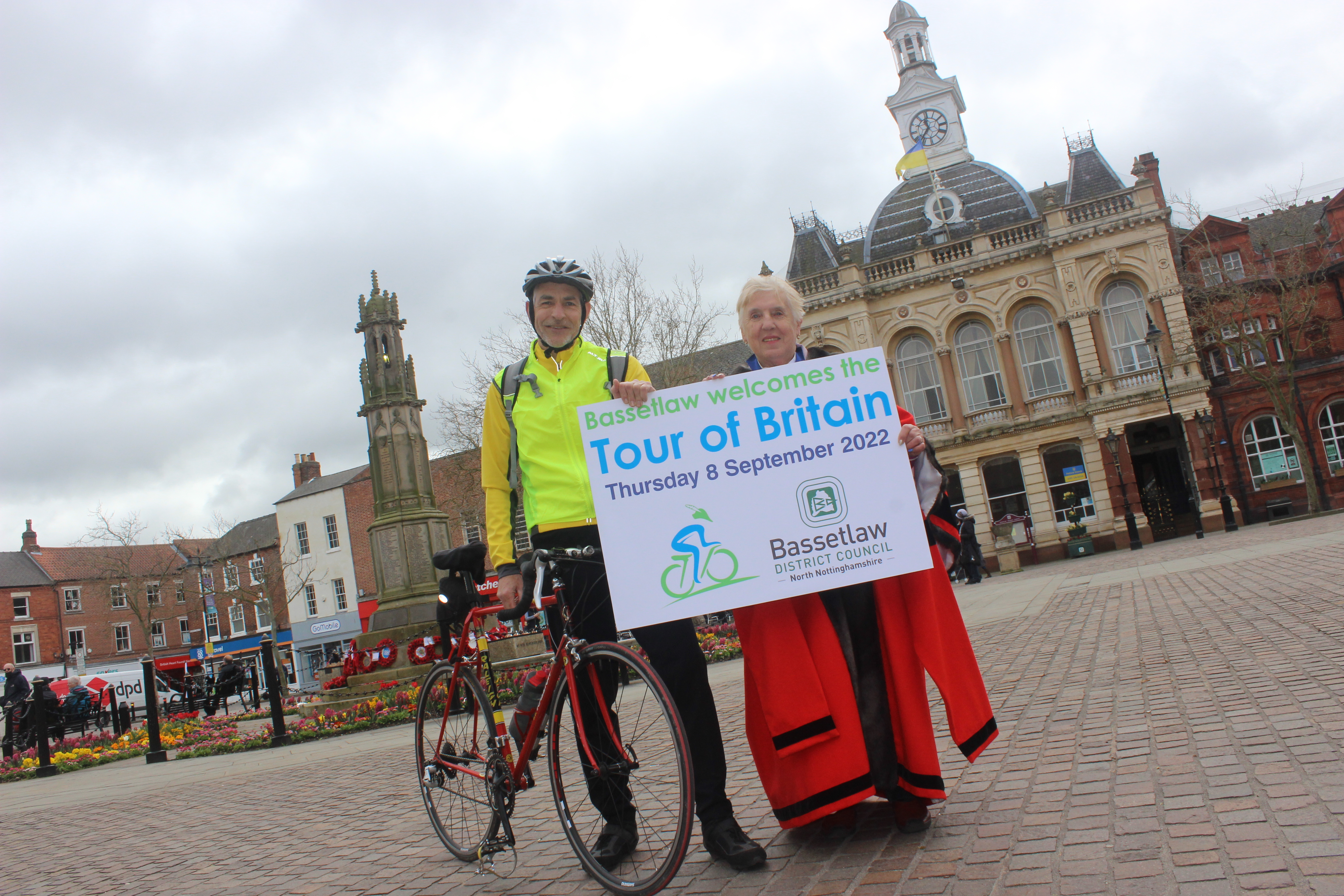 Cycling fans and residents of Bassetlaw will be able to get close to the action as the Tour of Britain returns to our district later this year.

Nottinghamshire will host Stage 5 of the 2022 event on Thursday 8 September and confirmation of the final route this week ensures that Bassetlaw will again witness some of the world’s best cyclists on its roads.

Starting in West Bridgford, the 190km route will travel through villages in the east of Bassetlaw before heading for Retford and Worksop, taking a detour through Clumber Park, on its way to the finish line in Mansfield.

Cllr Julie Leigh, Cabinet Member for Neighbourhoods at Bassetlaw District Council, said: “We’re delighted to welcome the Tour of Britain back to Bassetlaw along with our other Nottinghamshire partners. In previous years people have supported the race in their thousands, lining the streets and helping to give it a unique atmosphere.

“The race will help to show the rest of the world what a wonderful place Bassetlaw is and also provide our businesses with an economic boost. Working with our partners at Nottinghamshire County Council and the Tour of Britain, we can’t wait to be part of what promises to be an unmissable event later this year.”

The Tour of Britain makes its third visit to Bassetlaw and Nottinghamshire following hugely successful events in 2017 and 2018.

Bassetlaw District Council’s Cycling Champion, Cllr John Shephard, said: “Thanks to events in 2017 and 2018, people of all ages got to see some of the world’s best athletes up close and were inspired to get on their bikes. I’m certain that this year’s Tour of Britain will have the same effect and help to promote cycling and the benefits it can bring to Bassetlaw residents.”

Cllr Carolyn Troop, Mayor of Retford added: “It’s fantastic news that the Tour of Britain will be returning the Bassetlaw. There are some fantastic places to watch the race from as it winds its way through our villages and towns and we will be cheering the competitors on all the way.”

A global television audience of millions will watch the world-famous race, with the Nottinghamshire stage attracting 250,000 spectators in 2018 to make it the largest sporting event in the county’s history.

It led to Nottinghamshire enjoying an economic boost, with £3.9 million being spent by participants and spectators on accommodation, food and drink and shopping.

The Tour of Britain starts in Aberdeen on Sunday 4 September and finishes on the Isle of Wight seven days later and, in addition to our county, passes through the Scottish Borders, Redcar & Cleveland and North Yorkshire, Gloucestershire and Dorset.

Cycling’s premier road event in this country will feature the world’s top teams and riders, alongside the best British-based cyclists, with a field comprising of Tour de France winners, Olympians and world champions.

Nineteen teams and 114 riders are currently scheduled to take part in the race – including Mansfield’s Ross Lamb and Ollie Peckover, of Ruddington, who compete for the Ribble Weldtite Pro Cycling team.

Mick Bennett, Tour of Britain Race Director said: “We are pleased to be able to confirm the route for this year’s Nottinghamshire stage and look forward to making returns to both West Bridgford and Mansfield, as well as many familiar locations along the way.

“The support of Nottinghamshire communities along the stage route in both 2017 and 2018 was incredible, so with 150 days to go until the race I hope that today’s news will inspire everyone along the route to get excited and to start making their plans for 8 September.”

The modern-day Tour of Britain was launched in 2004 and, apart from the Covid-19 pandemic forcing its cancellation in 2020, has taken place annually every September over eight days.

Live coverage of the race is shown daily in the UK on ITV4, in addition to around the world.

The Tour of Britain is part of the UCI ProSeries, making it one of the most prestigious sporting events in the sport’s global calendar.