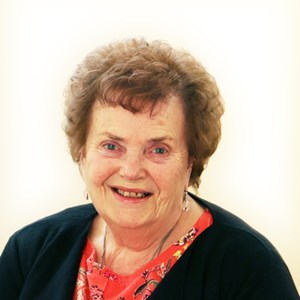 June Evans was born in Harworth, where she has spent most of her adult life and where most of her family live. Following her education at The Winifred Portland Grammar School, it wasn’t until 8 years later she made a career decision and entered the Nursing profession, working as a nurse, midwife, community nurse and health visitor in Doncaster. During this time she developed a keen interest in Public Health and Social Welfare, and she learned the value of seeing life through the eyes of others; she was able to ‘walk a little way down their path’.

June then entered management in the NHS; following several promotions she became Head of Community Services, gaining experience in people management, finance, service development and improvement, and the dynamics of a large organisation.

Following retirement from the NHS, June has been involved in voluntary work in the Judiciary, the Ambulance Liaison Service, and worked as an invigilator at Serlby Park School, as well as being a Town Councillor.

Following re-election as both a Town Councillor and District Councillor for Harworth, June is the new portfolio holder for Finance at Bassetlaw District Council. This presents several challenges in austere times when hard decisions have to be made by Council, but June believes that visible improvements for communities can be made through consultation, careful planning and partnership working with Council Officers and District Councillor colleagues.

Councillor June Evans is the Cabinet Member for Finance.