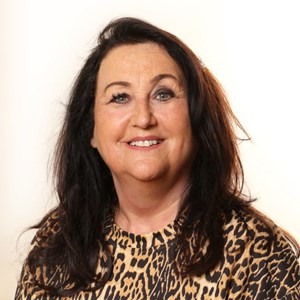 Focus on Young People in Bassetlaw

Sue lives with her husband in Retford, where she has been a resident for over 32 years. She has two sons who currently live in London, the eldest working as a producer, the youngest an actor.

Sue worked for Nottinghamshire County Council for many years as a youth worker, coming to the local authority as graduate.

Her career has had a particular focus on the health of young people, working on projects such as writing Nottinghamshire’s first teenage pregnancy strategy. She has also worked closely with partners to promote campaigns on issues such sexual heath, drug and alcohol misuse and mental health support services for young people.

Since becoming a councillor Sue has continued to work within the field of health. As well as being a public governor on the Doncaster and Bassetlaw NHS Trust board, she is also a member of the Health and Wellbeing board. Sue is committed to keeping the health of the people of Bassetlaw high on the agenda in any capacity she can.

“I was privileged to be elected district councillor of Retford East, and remain committed to representing my ward by seeing as many people as I can through councillor surgeries.

My first memory of voting was as a small child when I went hand in hand with my father to the booth. He told me that I must always vote when I grew up, as that way ‘you always have a voice about the things that matter’. Throughout my career as a youth worker I have always encouraged young people to vote and understand the democratic process.  I feel very privileged to have become Cabinet Member for Health & Wellbeing and I will continue to work hard with fellow councillors and colleagues to ensure that resident’s health is well regarded throughout all departments.”

In her spare time Sue enjoys looking after her granddaughter, as well as sports such as running, Zumba and Nordic walking. To relax she takes part in art and flower design, as well as spending time with friends and family.”

Councillor Sue Shaw is the Cabinet Member for Health and Community Well-being.