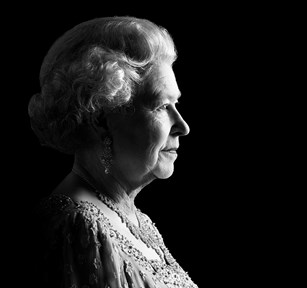 The Union Flags at Worksop and Retford Town Halls first flew at half-mast. They were then    raised for the reading of the Proclamation of Accession by the Garter King of Arms at St James Place on Saturday 10th September, before returning to half mast following the reading of the Proclamation in Bassetlaw on Sunday 11 September. The flag flew at half mast until after Her Majesty Queen Elizabeth's funeral on Monday 19 September.

Books of condolence were available to sign on royal.uk, Council offices in Worksop and Retford, as well as Harworth Town Hall, the Misterton Centre and The Beeches Community Centre in Tuxford.

Council Offices in Worksop and Retford opened on the weekend of 10 and 11 September, from 9am - 5pm for the signing of books of condolence.

Members of the public who wished to leave floral tributes were asked to place unwrapped flowers outside the Town Hall in Retford and on the Old Market Square in Worksop.

A Commemorative Service for Her Majesty Queen Elizabeth II was held at the Priory of Our Lady and St Cuthbert in Worksop on Sunday 18 September from 6:00pm. Led by Canon Nicholas Spicer, the service commemorated Her Late Majesty on the eve of her State Funeral in London on Monday 19 September.  The readings will be given by Nottinghamshire Deputy Lieutenant Peter Emerson and Chair of Bassetlaw District Council, Councillor Madelaine Richardson.

As well as invited guests, Members of the Public were welcome to attend the service.

The National Moment of Reflection took place at 8pm on Sunday 18 September, the night before the State Funeral, and be marked by a one-minute silence.

The silence was marked privately at home, with friends and family, out on doorsteps or the street with neighbours, or at locally arranged community events and vigils.

Additional information on the National Mourning Guidance was available on the Government Website.

RETFORD: The Vice Chairman of the Council, Cllr Gill Freeman read the Proclamation at 3pm on Sunday 11 September outside Retford Town Hall.